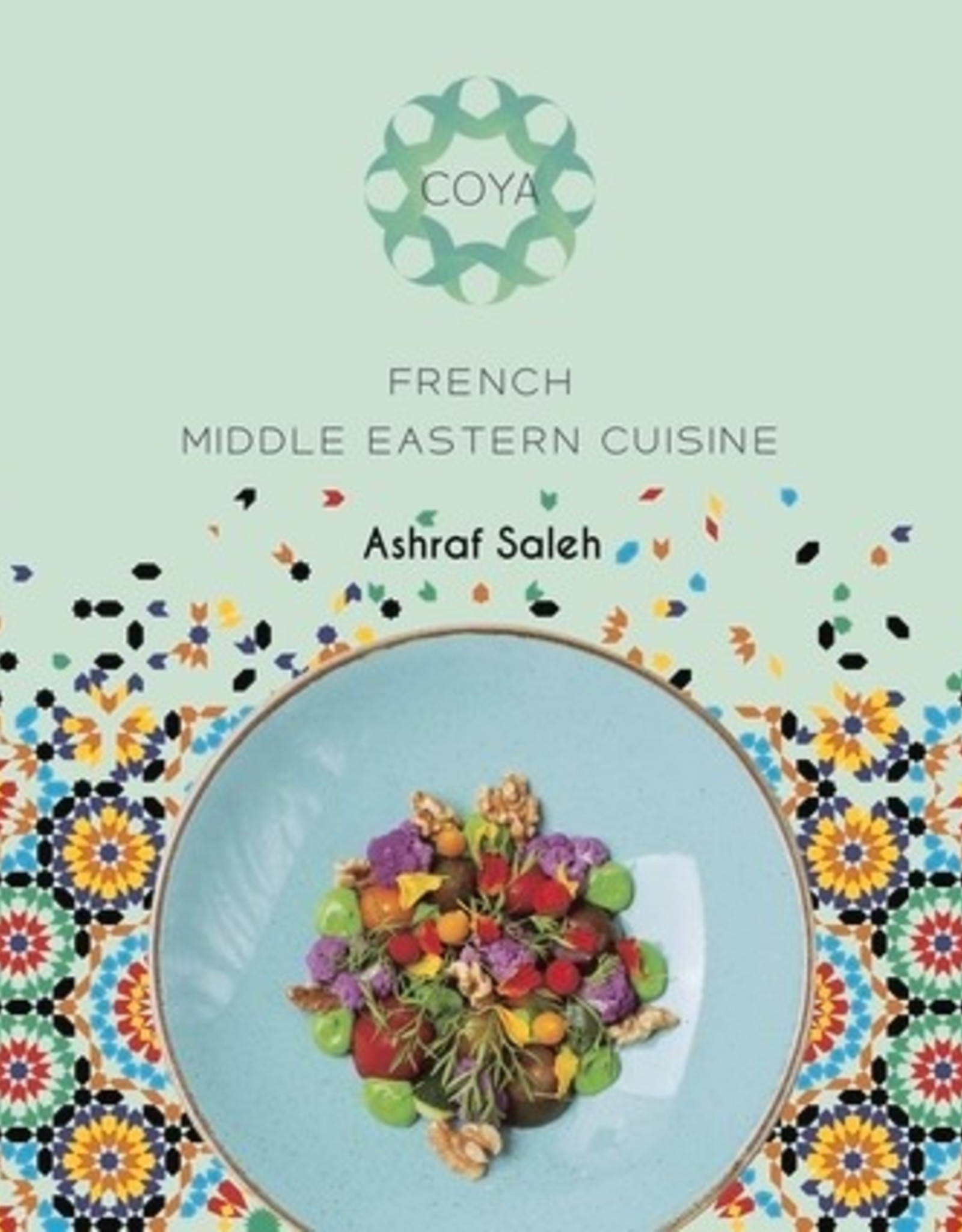 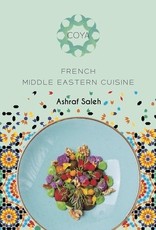 Chef Ashraf Saleh is a self-described gastronomic traveller. He has been inspired by the food of the world, combining his characteristic ingredients with the best market produce to develop his delicious signature dishes and recipes. In Coya, Ashraf Saleh shares his knowledge and passion using spices and herbs from the Middle East combining them with the best ingredients from the West to produce inspiring recipes to tempt all gastronomic palates. This cookbook showcases many popular dishes from Coya, Ashraf 's first restaurant highlighting the diversity that is present when two cultures meet to create delicious food.

Ashraf Saleh, grew up in the Middle East, beginning his career as a chef in the late 1970s at the Sheraton Hotel in Saudi Arabia. In the early 80's, Ashraf embarked on a journey through Paris, London and Sweden in a quest to further refine his culinary expertise. In 1988, he brought his wealth of experience to the ANA hotel chain, where he continued to perfect his savoury flair. Ashraf maintains his own restaurant Coya, caters to the 'adventurous foodie' - some of his dishes are like works of art and come bursting with flavours you are unlikely to have tried elsewhere.

Who Made It: The Independent Publishers Group began as a thriving small press in 1971 and was the first organization to market titles from independent presses to the book trade. They make it possible for small and mid-size publishers worldwide to sell their books effectively, allowing more voices to be heard. IPG has a wide reach and distributes publishers with academic, spanish-language, children’s, nonfiction and fiction titles. 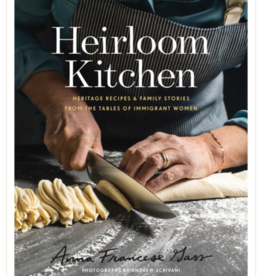 Author and chef Anna Gass brings together the 100 recipes from 40 strong, exceptional women, all immigrants to the United States, whose heirloom recipes have helped shape the landscape of American food.
Organized by region, the 100 tantalizing recipes in
Add to cart
Heirloom Kitchen Cookbook
$29.99 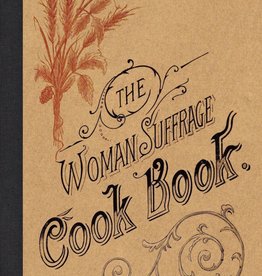 This book was originally published in 1886, when the fires of the women's suffrage movement were being stoked. Sales for the cookbook were used to raise funds for the movement. Women from around the country submitted contributions to the cookbook includin
Add to cart
The Woman Suffrage Cook Book
$14.95 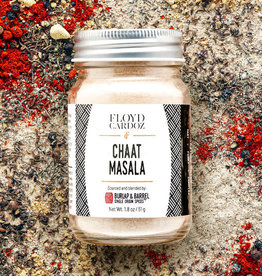 This is one of Chef Floyd's family favorites; it’s tangy, salty, savory, herbal, and just a little hot. He loved to finish chaats and grilled dishes with a generous sprinkle of the masala and a squeeze of lime.
Add to cart
Chaat Masala
$11.95 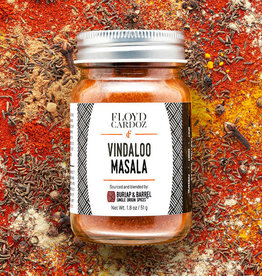 Vindaloo is a Goan style of marinated cooking using chilis, garlic, and vinegar. Chef Floyd's mum Beryl makes amazing vindaloo, and she shared her recipes with her kids. Floyd often made pork vindaloo for his family whenever he craved his mum's food. Mari
Add to cart
Vindaloo Masala
$11.95 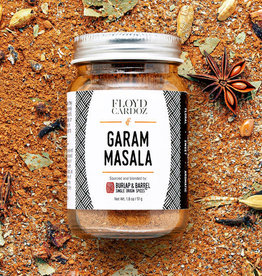 Every chef has a top-secret recipe of spices they combine for their garam masala. This deceptively simple yet bright and aromatic blend was Chef Floyd’s. Just before serving lentils, beans, vegetables, or meat, bloom garam masala with aromatics in ghee or
Add to cart
Garam Masala
$11.95 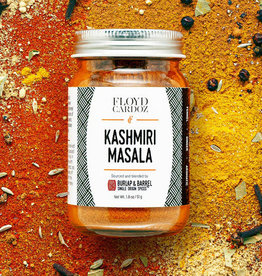 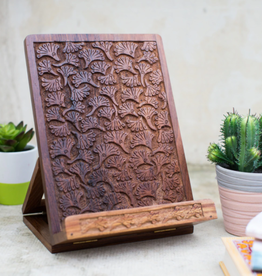 Need something to hold your cookbook or tablet while trying a new recipe? This handcrafted book and tablet stand is just the thing! Hand carved ethically sourced sheesham wood, this stand features a collapsible design and ginkgo leaf motif. Make sure your
Add to cart
Balkuwari Tablet and Book Stand
$52.95 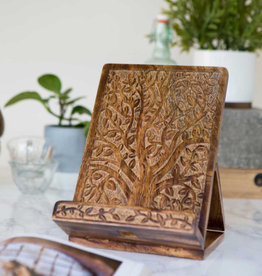 Need something to hold your cookbook or tablet while trying a new recipe? This handcrafted book and tablet stand is just the thing! Hand carved ethically sourced mango wood, this stand features a collapsible design and a tree of life motif. Tablet on low
Add to cart
Aranyani Tablet and Book Stand
$69.95 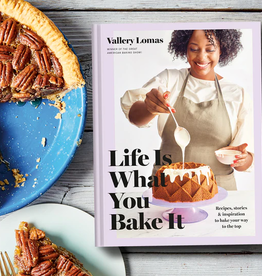 Calling all bakers! Check out Vallery Lomas's debut cookbook, Life Is What You Bake It + Spice Set﻿, featuring a signed cookbook and Vallery's pantry essentials.

Vallery Lomas is a baker, writer and recipe developer whose recipes are featured in The Ne
Add to cart
Life is What You Bake It Cookbook
$34.99 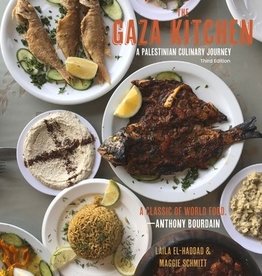 This new edition of an award-winning cookbook shares with readers the little-known but distinctive cuisine of the Gaza region of Palestine, presenting 130 recipes collected by the authors from Gaza. Cooks will find great, kitchen-tested recipes for spicy
Add to cart
The Gaza Kitchen
$29.99