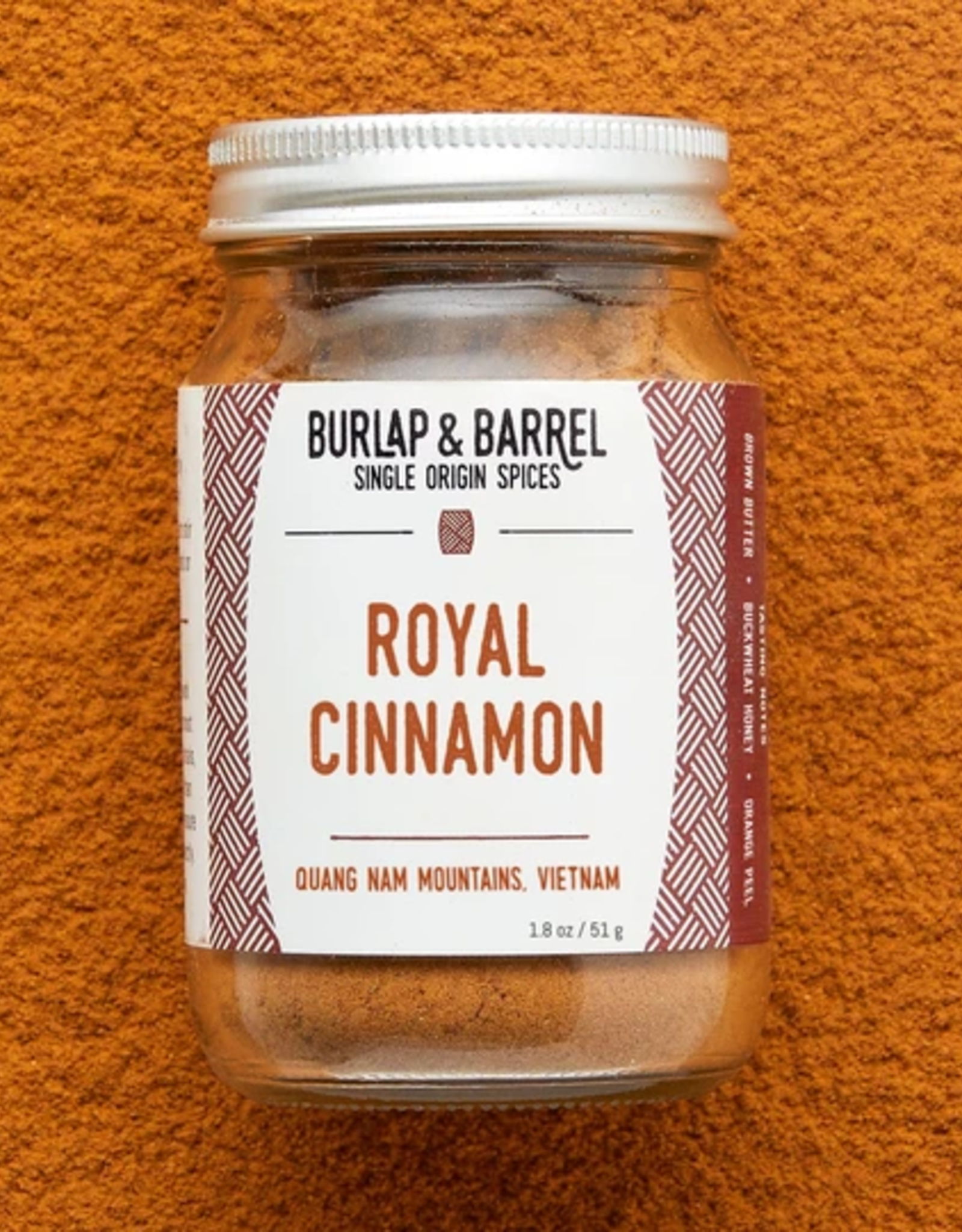 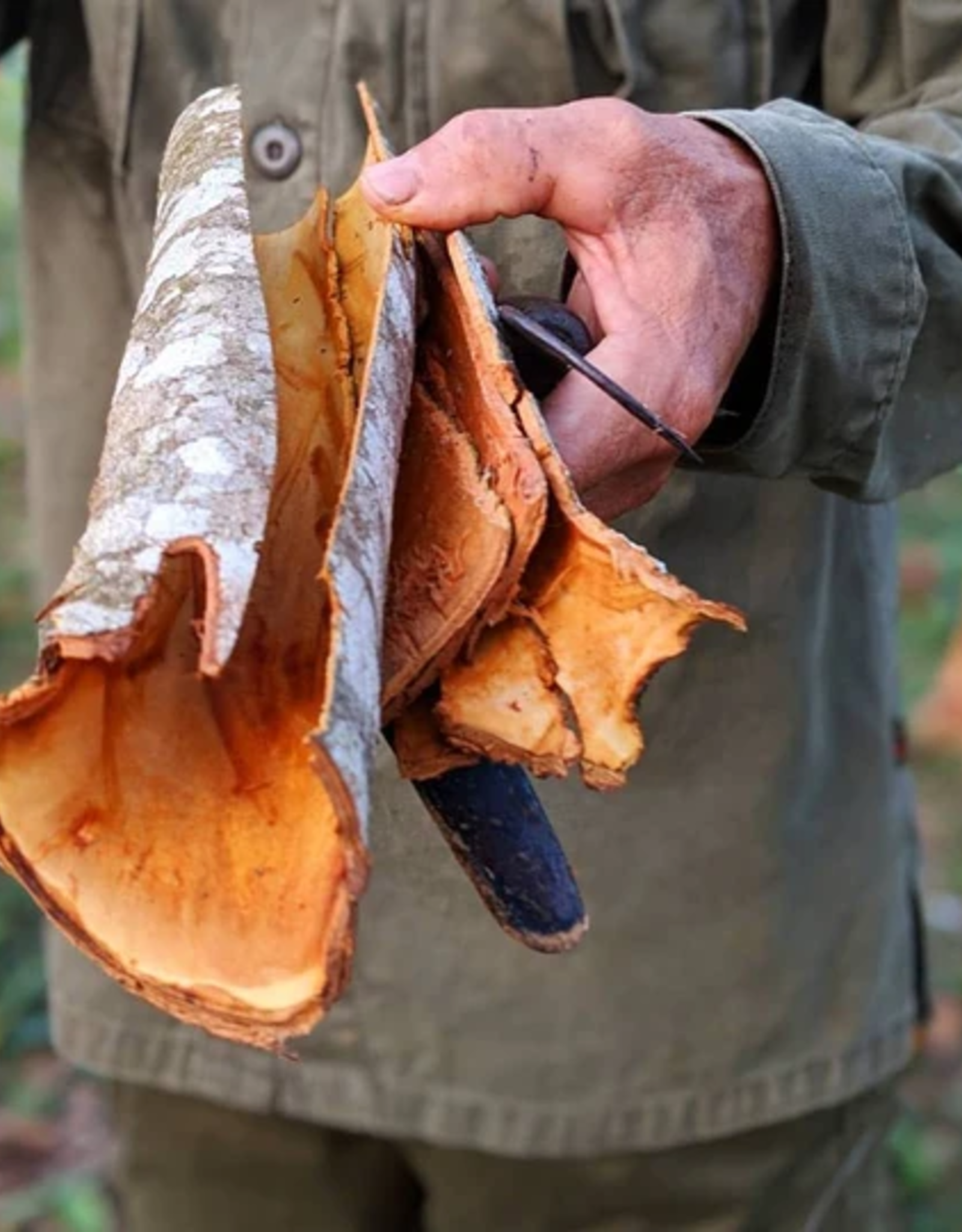 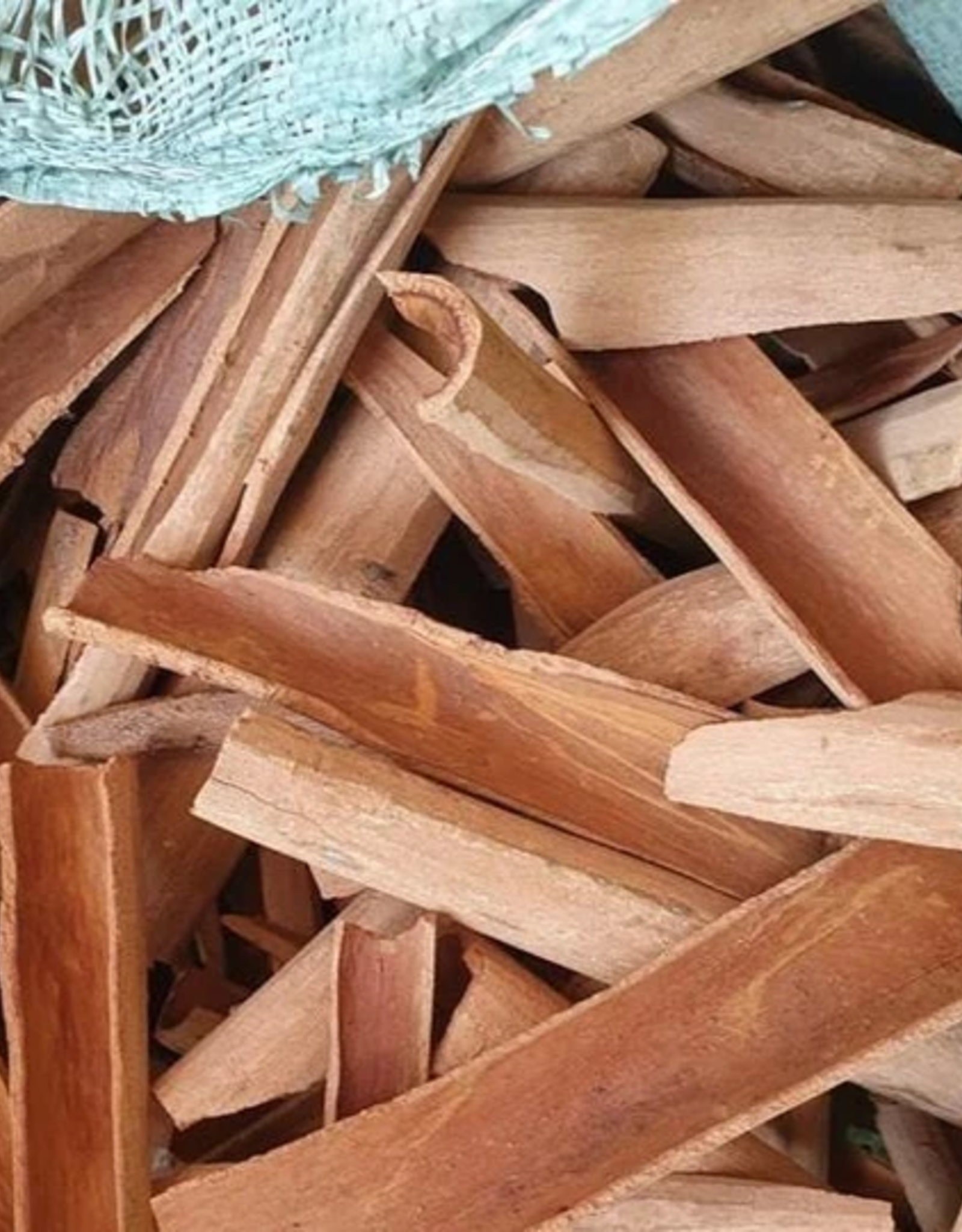 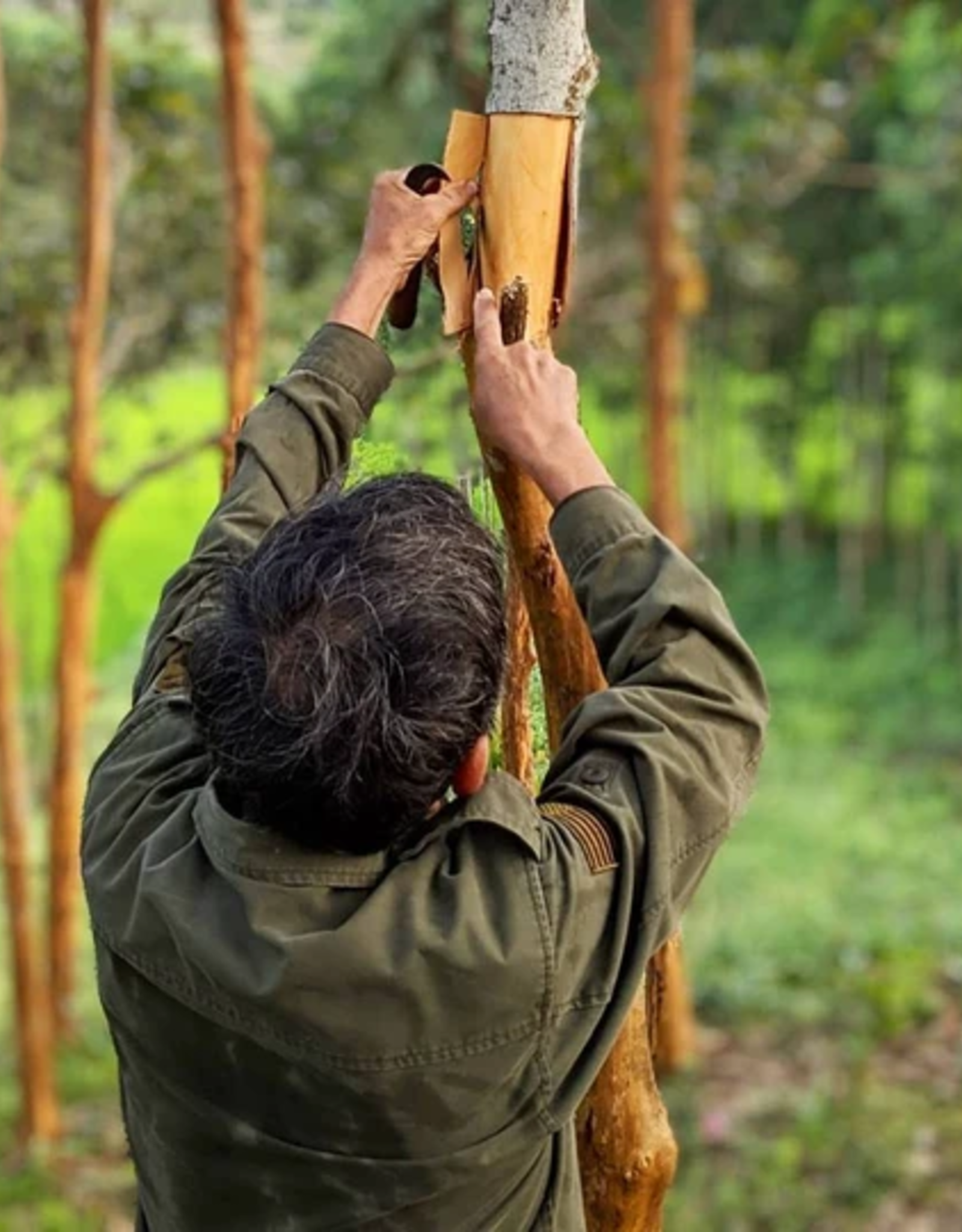 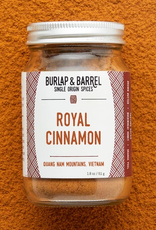 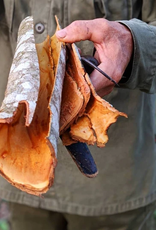 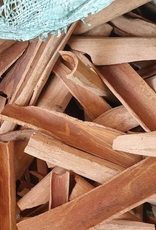 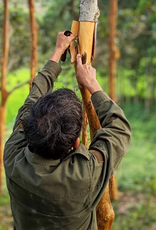 This Royal Cinnamon has been harvested in the mountains around the ancient Vietnamese capital city of Huế for millennia.

The same species as Saigon cinnamon (cinnamomum loureiroi), Royal Cinnamon is an heirloom variety not widely harvested or exported, and exemplifies the intense sweetness and spiciness for which Vietnamese cinnamon is prized.

Use it in place of Saigon or other cinnamons in pastries and baked goods, or sprinkle into rich, savory meat or tomato-based dishes.

If you're looking for cinnamon that's less sweet and spicy and more citrusy and complex, check out Burlap & Barrel's Cinnamon Verum.

"When my friends quizzed me on the exact ingredients, I was forced to fess up and pass around the jar of cinnamon that was solely responsible for the cake's "wow" factor...Compared to any other ground cinnamon, this is powerful stuff." Bon Appetit / Healthyish

“This Vietnamese heirloom cinnamon has fiery, enormous flavor that makes me emotional. Smelling it is like experiencing your favorite holiday memories and trekking through the Quang Nam mountains at the same time. I blend it with tomato and brown butter to spread on lahmacun and use in any baked good with warming spices.” Zoë Kanan, Pastry Chef and Eater Young Gun

"Burlap & Barrel’s Royal Cinnamon will completely shake up your routine. This variety has notes of honey and citrus that will make your snickerdoodles and cinnamon buns shine. Because Burlap & Barrel’s spices are so fresh, you’ll find the cinnamon is also great raw, sprinkled over oatmeal or on top of yogurt, with none of the powder-y blandness of the grocery store variety you’ve probably had in your pantry for a half-decade." Yahoo / MyRecipes

This Royal Cinnamon comes from the mountains of Quang Nam in central Vietnam. This area was historically famous for spicy, sweet cinnamon, but in the last decade, the commodity market has shifted further north where the prices are lower. Burlap & Barrel made a trip to see for themselves. Everyone told them that this area wasn't worth visiting and that their heirloom cinnamon variety wasn't being harvested anymore. They were very happy to discover that's not the case - the cinnamon here IS being harvested, and is incredible, probably the most intense they've ever tasted.

They use a technique for harvesting cinnamon that is rather unique - instead of chopping down the tree to harvest the bark, they make a deep cut around the base of the tree and let the bark dry on the tree for a couple of weeks before harvesting it. That makes it easier to harvest, but it also concentrates essential oils rather than evaporating as the bark dries in the hot sun. The bark comes off the tree mostly dry and very intensely spicy and sweet, with a beautiful fragrance that can be smelled from half a mile away. 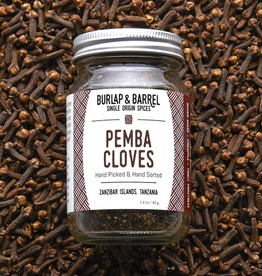 These hand-picked cloves have a bright, sweet intensity with a rich warmth and a numbing menthol buzz. These cloves are grown by partner farmers on the small island of Pemba, which is famous for its cloves. They’re hand-picked at the last possible moment
Add to cart
Pemba Cloves (Whole)
$9.95 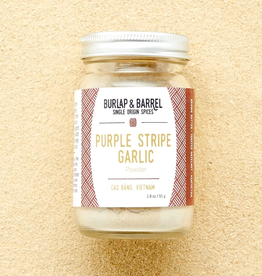 This Purple Stripe Garlic Powder comes from an heirloom variety with a purple stripe on its papery skin and bulbs about half the size that you're used to.

It's grown by a group of farmers in the mountains of northern Vietnam and has a savory & sweet fl
Add to cart
Purple Stripe Garlic (1.8oz)
$7.95 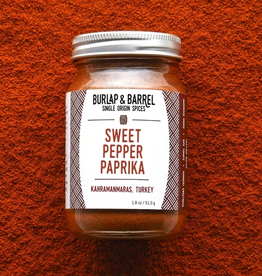 This Sweet Pepper Paprika comes from southeastern Turkey, where peppers are a way of life. This is a sweeter variety of the Silk Chili flakes, with all the flavor of sweet peppers and none of the heat. It's a perfect alternative to other unsmoked or Hunga
Add to cart
Sweet Pepper Paprika
$7.95 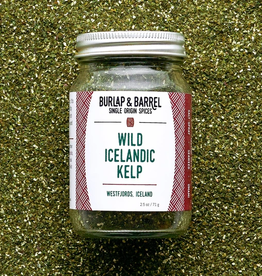 Harvested from the bottom of the frigid North Atlantic off the coast of Iceland, this wild oarweed kelp has a deep umami flavor and oceanic minerality, salty and briny. Perfect for adding depth, savoriness and body to soups, for finishing meat and seafood
Add to cart
Wild Icelandic Kelp
$9.95

Add delicious flavor to your next meal! Richly spiced red pepper sauce with mild chili and mint adds a spicy kick to meats and vegetables.
This sauce may not have the decorative beaded bottle topper as pictured, as the group who partners with the sauce a
Add to cart
Harissa Red Pepper Sauce Blend
$8.95

Fresh herbs and spices taste best! Natural carved gorara stone mortar has a vining leaf design and is polished to a smooth finish on the exterior.
Who Made It: Your purchase creates employment for disadvantaged artisans in Delhi, and advocates for litera
Add to cart
Etched Gorara Mortar & Pestle
$19.95